On Wednesday, the second leg of Hacken and PSG's UEFA Women's Champions League qualifying match will take place at the Bravida Arena.

The two squads have never met before their matchup last week. Although Hacken's loss ended a four-game winning streak, the Swedish team has won six of their previous eight matches in competitive play this season. Hacken earned all three points in a league matchup with Brommapojkarna. 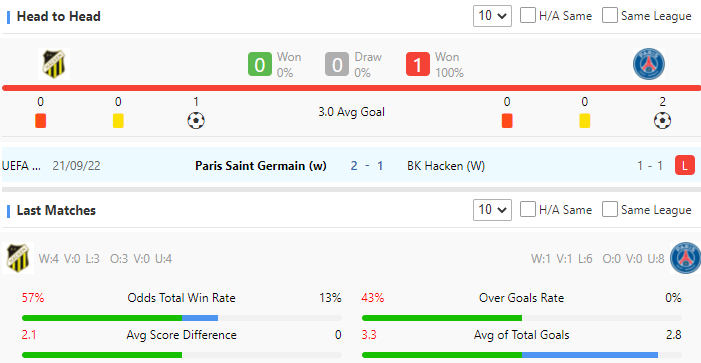 With a 2-1 triumph at home in the first leg last week, the visitors have a slim advantage in the tie. PSG, however, enter the match off a four-game winning streak following their French Super Cup loss to Lyon.

Hacken put up a strong rearguard performance in the first leg and was on track for a shocking draw before giving up a late goal. PSG are still by far the favorites and are equipped to handle such situations. With a slim victory, they should clinch qualifying.