They continue to perform poorly this season and are ready to contend for relegation after finishing four points above the relegation zone the season before. They have only scored 0.7 goals per game on average because they play such terrible offense.

They haven't lost in nine games and are currently on an unbeaten streak. They lost their most recent battle toward the end of July. In the League standings, they are currently in sixth place. If they keep up their pursuit, they might possibly be able to qualify for the Copa Sudamericana. 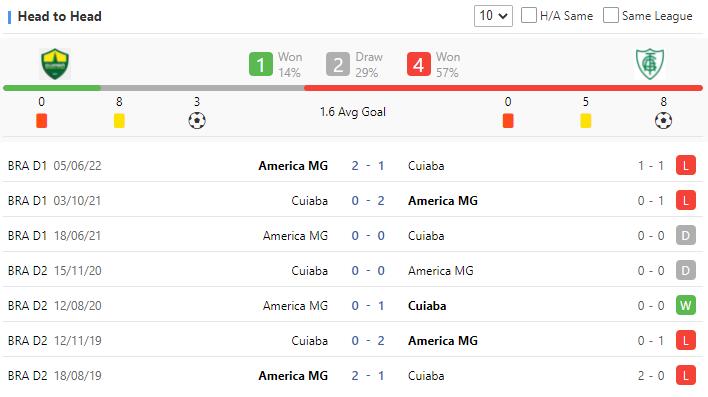 There’s a gap between two sides. America have more League experience than Cuiaba. Additionally, Cuiaba are in a bad situation while America is on a run. Thus America MG will possibly win in the coming match.