The Charlotte Hornets and the Minnesota Timberwolves collide at the Target Center on Tuesday night. 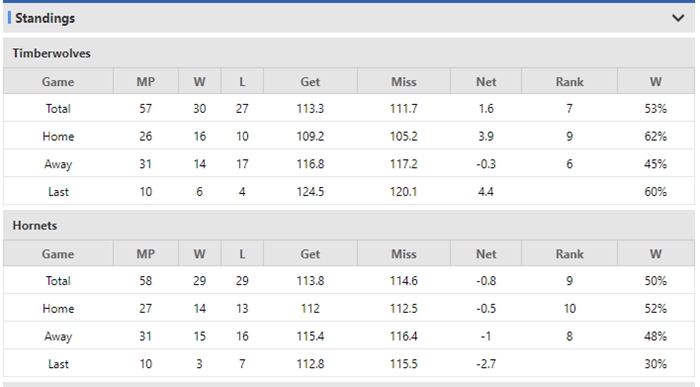 Charlotte Hornets
The Charlotte Hornets are currently ninth in the East with a 29-29 record on the season. They have not had the best of runs of late, having won only three of their last ten games. Charlotte were defeated by the Memphis Grizzlies 125-118 on Saturday. Terry Rozier led the team with 35 points, 10 rebounds and nine assists, LaMelo Ball added 25 points while Montrezl Harrell chipped in with 20 points and nine rebounds on seven of eight shooting off the bench. The Charlotte Hornets are averaging 113.8 points on 45.8 percent shooting and allowing 114.6 points on 46.5 percent shooting.


Prediction
The Hornets and the Timberwolves have been terrific this season. Both have talented young hoopers who can produce match-winning performances. However, given the form of both sides, the Timberwolves are more likely to grab a win on Tuesday.