Round 28 of the Brazil Serie A will get off with a showdown between Sao Paulo and Avai FC.

With a 0-2 victory over Ceara in the last game, they are back on a winning way. They are currently tenth in the league standings. According to their statistics, the first half is when they are the most enthusiastic and score 62% of their goals.

They are currently ranked sixteenth in the League rankings and facing possible relegation. They are weak in defence, with 39 goals allowed this season. In their most recent games, they have continually scored goals. 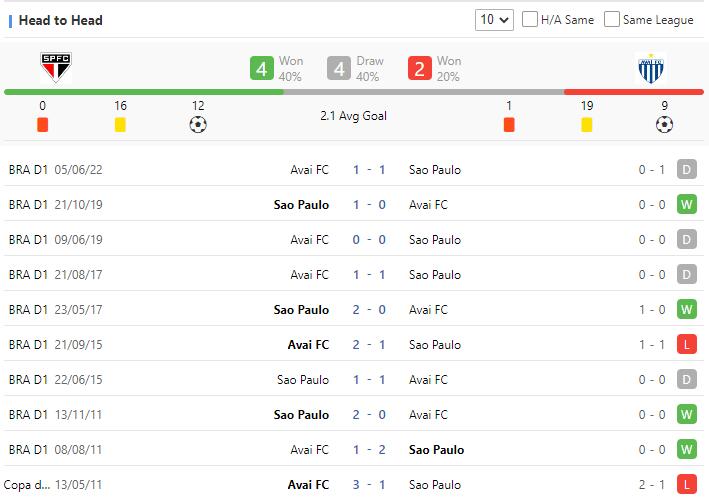 Sao Paulo have not been defeated by Avai since 2017, which makes them have the psychological advantage. Besides, Sao Paulo have the home benefit. So they are more likely to win.