Peru will play Mexico on Saturday in an international friendly at the Rose Bowl in Pasadena, California.

Mexico have only managed two wins in their past seven games across all competitions. They will be anticipated to get through the group stage of this World Cup as they rate ninth in the FIFA rankings. They may had trouble finding talent in the offensive third over the summer, as evidenced by the fact that they had only won one of their previous five games overall and had scored only one on three occasions. 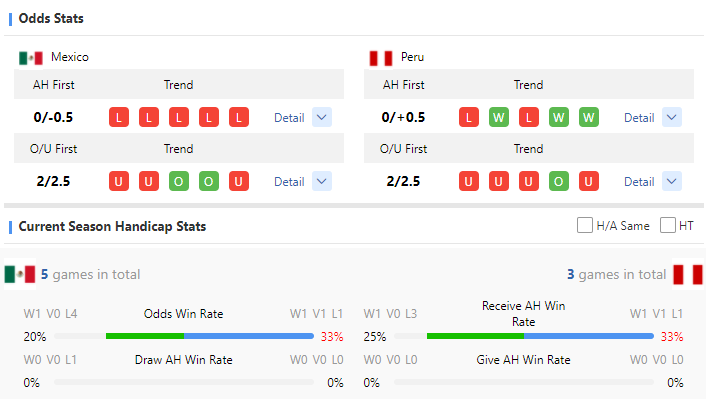 Peru did not make it to Qatar after losing 5-4 on penalties against Australia. Looking back at their campaign, Peru lost two chances to advance straight to the finals out of South America. On matchday two, they let a 2-1 lead against Brazil slip away before losing 4-2.

Mexico appear to be much more talented than Peru, but the Gold Cup runners-up have struggled to be reliable and proficient in the final third. Peru are well-organized at the back, and this poise, along with a skilled shot-blocker, should be enough to hold El Tri at bay, even though we don't think the Peruvians will generate much of their own offense during the assault.