After a three-month break, there will be a National League match between Spain and Switzerland.

With a worth of €790 million, they are without a doubt one of the best teams in Europe. Now they rank first in the group, with one point ahead of Portugal. They have not suffered defeat this season yet. It will be fascinating and possible if they maintain this record.

The most recent game saw them defeat Portugal, which was out of expectation. It is their first triumph of the current season so they consequently felt a lot of inspiration. They struggle offensively, scoring just two goals in their last four games. 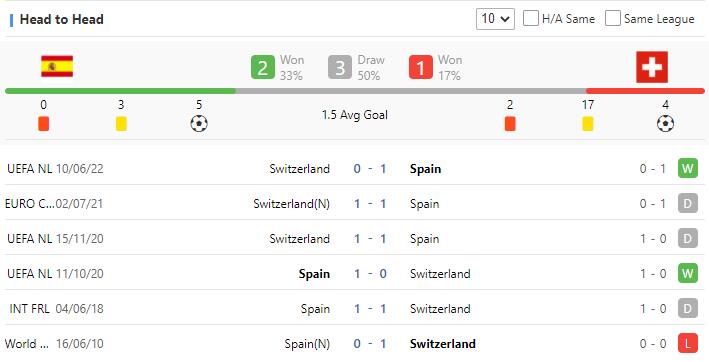 Spain have a significant advantage over Switzerland in every way. And Spain have the benefit of playing at home. Spain is predicted to triumph. Additionally, their head-to-head matches all had low score outcomes. Under 2.5 goals must be considered.