In a pre-tournament friendly ahead of the World Cup in November, Qatar and Canada will square off for the first time on Friday.

Prior to 2021, Qatar had never played against a team from CONCACAF, but in those seven games against that area, they have competed admirably, keeping three clean sheets in the Gold Cup and amassing the most goals in the group stage of that competition (nine). 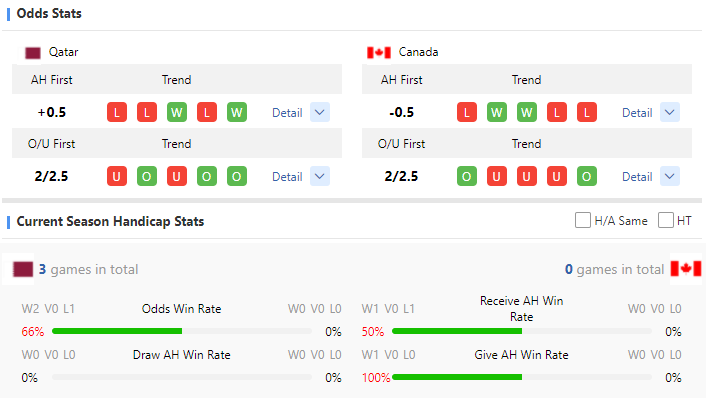 Canada will play teams outside of their zone for the first time in almost four years after shocking everyone by winning the last round of CONCACAF World Cup qualification. Canada are presently rank 43rd in the world. They only lost two of their 20 qualifying matches on route to the finals, scoring 54 goals while only giving up eight.

Both teams are capable of putting their heads down and maintaining a lead, but we are giving the Canadians the advantage since they have more attacking talent that has regularly done well both internationally and in some of the most tough European leagues.