Necaxa will play host Mazatlan FC in this round of Primera Division Liga MX.

Necaxa took 1 point from last away game against Tijuana, which has been their third winless round in their latest fixture. Also, the team have only scored 17 goals totally since the League, being one of the lowest scoring teams in League. Moreover, they have mixed results at home, with 3 wins and 4 losses. The good news is that Necaxa will have their entire squad available for this home match. 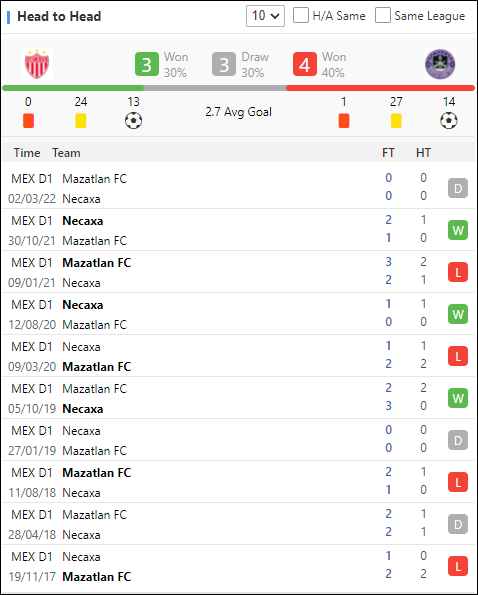 Mazatlan FC failed to win in their last two rounds after they tied Toluca 1-1 on their own home stadium. Mazatlan FC have an even worse scoring record than Necaxa, with only 15 goals in total. As for their away forms, they had only recorded 1 win, 4 draws and 2 losses in the league.

Necaxa have been unbeatable in three out of last four meetings with Mazatlan FC, I believe Necaxa would take a little bit upper hand based on the Mazatlan FC’s poor away forms.