Turkey will take on Luxembourg on League C of UEFA Nations League on Thursday.

Turkey is currently ranked 42 in the world and ranks first in Group A of the League C. The team has won all four games without conceding a goal, and scored 14 goals in total. In two of them, they beat Faroe Islands 4-0 and Lithuania 6-0. Moreover, they once won over Luxembourg in the first leg, so they have more advantage in this round. 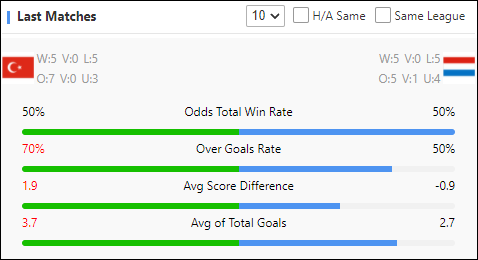 Luxembourg ranks 93th in the world, and their strength is obviously inferior to Turkey. In the previous 4 group matches, they just had 2 wins, 1 draw and 1 loss, and they temporarily ranked second with 7 points. With 4 conceded but 5 goals scored in total, their offensive performance was unstable. The team had only tied Faroe Islands with a 2-2 draw, who were weaker than themselves in the last game. And they had also lost 2 goals in each of their last 2 meetings against Turkey.

Turkey have been in a good run with winning 4 rounds, and the odds are in favor of them. Home win is expected here.