Tuesday's NBA schedule will kick off with a game between the Cleveland Cavaliers and the Atlanta Hawks at the State Farm Arena.

Atlanta Hawks
The Atlanta Hawks have lost games in a row and are in tenth place in the Eastern Conference standings with a half court lead over Washington. They were outscored by 19 points in the third quarter of the 105-95 away loss to Boston on Sunday with the overall shooting percentage was only 37%. Trae Young scored the team's highest 30 points and sent 10 assists in 9 of 26 shots. 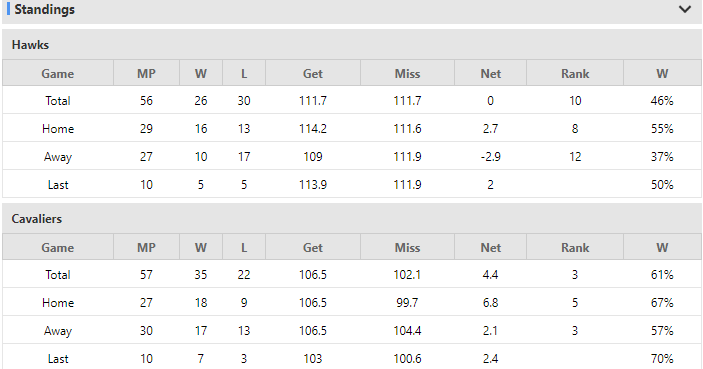 Cleveland Cavaliers
The Cavaliers (35-22) have won seven of the past ten games, two whole games behind Miami for the best record in the Eastern League. Cleveland were outscored by 13 points in the first quarter of the 103-93 away loss to Philadelphia on Saturday. Darius Garland led six Cleveland players in doubles with 27 points for 11 of 23 shots.

Prediction
Bogdan Bogdanovic is dealing with a sore left ankle and is listed as a problem in this game. The Cavaliers rank fourth in the league in terms of defensive efficiency, while the Hawks rank third from the bottom in this category. Win away with Cleveland.