Belgium and Wales will have a nation league game at Den Dreef Stadium on Thursday.

Belgium suffered a 1-4 defeat against the Netherlands in the opening group game. However, Belgium quickly relieved their load by thrashing Poland 6-1 in the second round. After that, they accumulate four points from the next two games, putting them two points behind the group's top-place team, Netherlands.

The Welsh team is currently threatened with relegation because they have only one point from their first four games in this group. What's worse, Joe Allen and Ben Davies will possibly be absent due to injuries and Gareth Bale is not in form because he has play a MLS game on Monday. 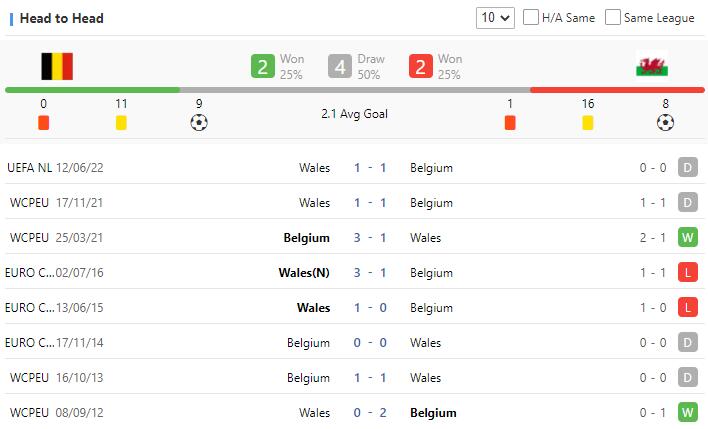 Beligium have not been defeated by Wales since 2021. Besides, Belgium have the home advantage. According to above, Belgium are more likely to win.