The host team enters the contest fresh off a convincing 4-0 away win against Rodez AF in a league match on Saturday. In order to lead the resounding victory, Grace Geyoro scored a brace, while Kadidiatou and Diani each added one. 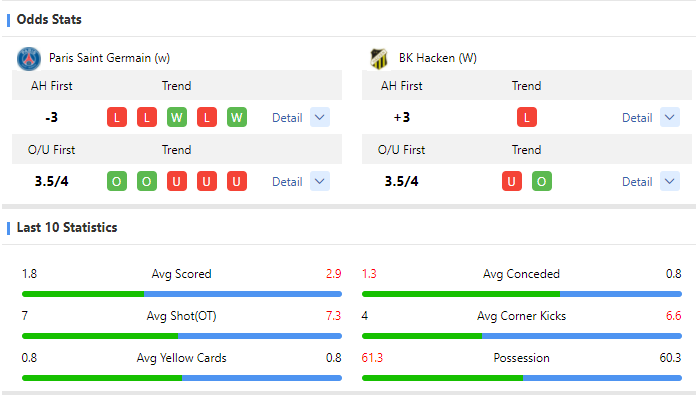 Hacken defeated Eskiltuna 2-1 on the road to earn a perfect score. After Paulina Nystrom's goal, Stine Larsen and Marika Lundin both scored one to help their team win. They will next switch their focus to the continent, where they will try to knock PSG out of the group stage.

Last year, PSG finished first in their group with a perfect record but lost to eventual winners Lyon in the semifinals. Hacken came in last place in their division, emphasizing the disparity in class between the two sides. Prior to the second leg in Sweden later this month, the hosts should win easily.