Real Madrid and Rosenborg will play the first leg of their UEFA Women's Champions League qualifying match on Wednesday.

The hosts enter the contest following a 1-1 tie with Brann. With victories of 4-2 and 1-0 over Breidablik and Minsk FK respectively, they secured their place at this level in August. Only two of their previous five games across all leagues have ended in victories. 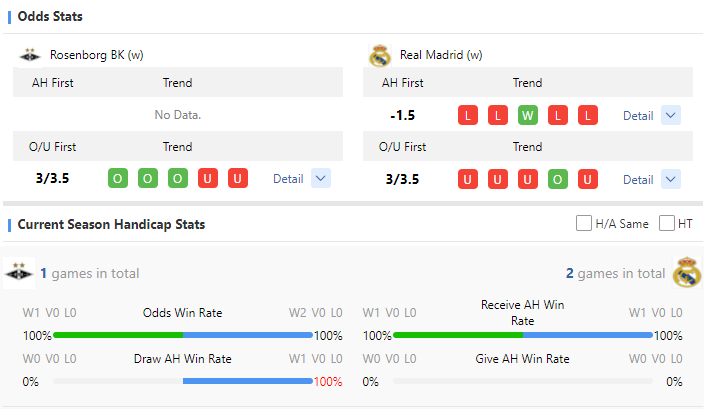 Real Madrid opened the new season with a simple 2-0 home victory over Valencia, earning all three points. In the previous round, they advanced against Manchester City by the same score. Real Madrid have won all four of their preseason games and three of their competitive games so far this year.

Having won just one of their previous four games, Rosenborg have not had the best record coming into this encounter. Real Madrid are in good form and will think they can advance to the group stage. We predict a straightforward victory for Spain to advance them.