They come in at number 138 in the world. They've had a protracted losing streak. Their most recent triumph came against San Marino in late March. Now they rank at the bottom of Group 1, League C.

They are ranked 124th in the world. They get four points in the most recent game from Luxembourg and sit in the third place in Group 1, League C. They are not good at away games, which have been winless for a long time. 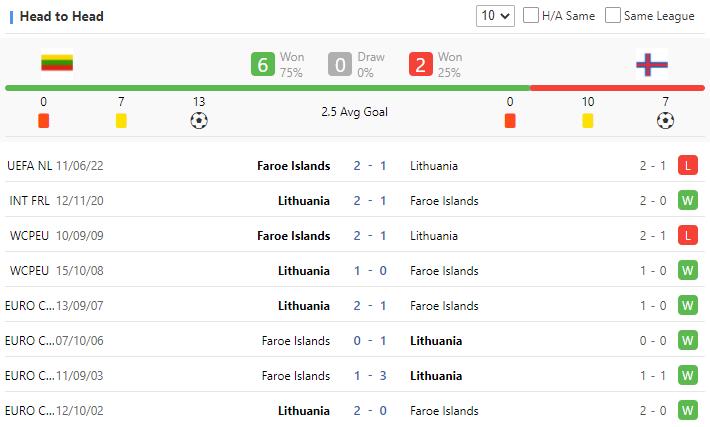 Faroe Islands got a 2-1 victory from Lithuania in the last game. As Lithuania have the home advantage and Faroe Islands play poorly as the visitor. So the result of the upcoming game is suggested to be a draw.