On Thursday, Kazakhstan and Belarus will face off in Astana Arena.

With a 75% victory rate and no losses so far this season, they are extremely successful. They are powerful in attack and defense, scoring 6 goals while allowing only 2. They possess the abilities to go further.

Although they rank higher than Kazakhstan in the world, they do not play as well as the latter. So far, they have not got any victory in group stage and they even lost to Azerbaijan 2-0 in the last game. 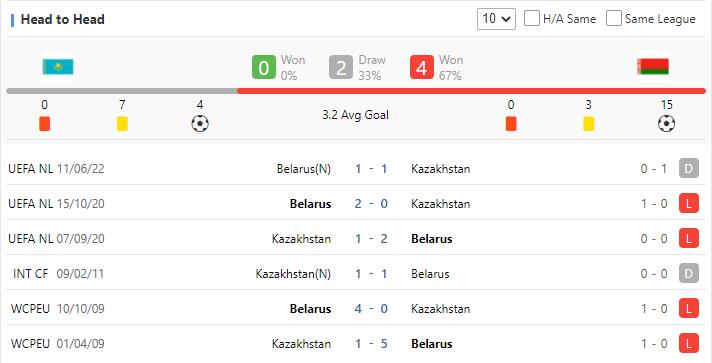 Kazakhstan are on a run while Belarus are in a poor state. Additionally, Kazakhstan have the home benefit. It is believed that Kazakhstan are going to win in the coming game.