Arsenal's WSL season finally began on Friday and they did it in a respectable manner as they began the journey to Chelsea from their dominant position in English football. The head coach Jonas Eidevall swiftly shifts his focus to European competition, making sure that his team is still in the running to match or even top their run to the Champions League quarterfinals from the previous year. 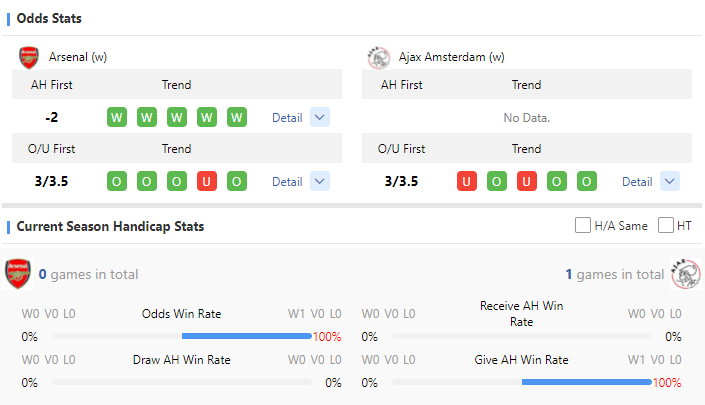 After placing second to Twente in the Eredivisie, Ajax Vrouwen saw their first competitive action of the season back in mid-August, securing their place in the 2022–23 Champions League preliminary rounds. The first qualifying round saw Ajax defeat Kristiansands and then Eintracht Frankfurt Frauen on the way to next year's final in Eindhoven.

Arsenal can take use of home field advantage against a good Ajax team and grab a two-goal edge for next week's conclusion in Amsterdam because they have superior depth throughout their roster.