On Monday, Malaga will travel to Estadio Heliodoro Rodriguez Lopez to take on Tenerife in a Laliga 2 match.

Tenerife lost 1-0 to UD Ibiza last time out, it was their third loss in the current campaign. They played 5 games and recorded 1W-1D-3L. They have now scored on target just three times in their last five games. 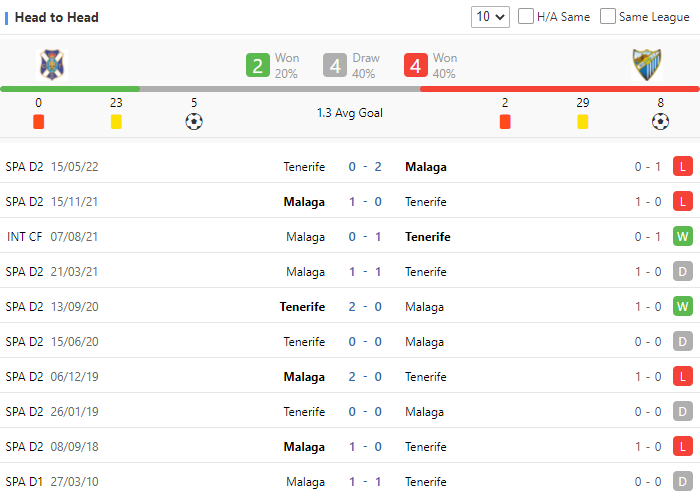 Malaga likewise got off to a bad start and currently have trouble maintaining consistency. They have played five games so far and recorded 1W-4L. They will be hoping for a better outcome after losing to Huesca and Albacete in their past two games, respectively.

Malaga had conceded goals in each of their previous three road games and had dropped two of those three. Tenerife have gone four matches without a loss at home. They also had surrendered a total of three goals during the process. Expect Tenerife to put on a successful display.