The third and the fourth of Argentine Division 1 will have a game at Estadio Alberto J. Armando on Tuesday.

They are on a run, which have been unbeaten for nine matches even with a 78% winning rate. The last defeat they suffered was in early August. Now they are sitting in the third place at the table of the League, with only one point away from the first.

They are currently in fourth place in the League standings, just two points behind Boca. They have an eight-match unbeaten streak, therefore they are also in good shape. They struggle offensively as only one out of every ten of their most recent games ends with a high score. 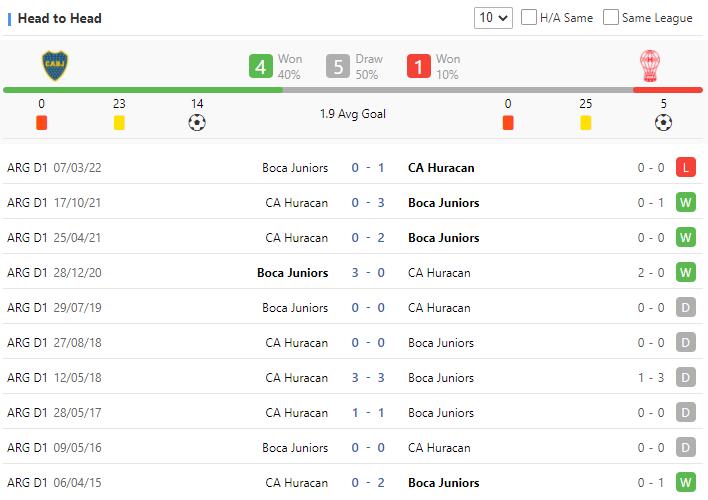 Since their head-to-head record only has an average goal of 1.9, it is predicted that there won't be more than 2.25 goals in the forthcoming match.