Atletico Madrid is currently sitting in the seventh place on League table, but five points behind of Real Madrid. They have won three of the opening five rounds since this season, and only lost to Villarreal with 0-2 at home. But they lost again in midweek’s Champions League when against Bayer Leverkusen. Also, there have been only two wins among their last five home league fixtures. 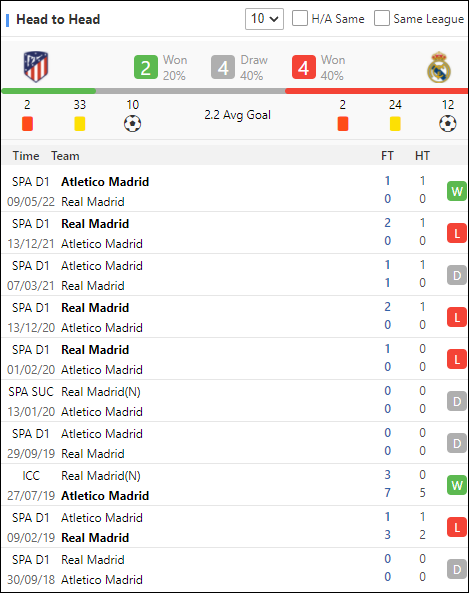 Real Madrid won all the five rounds since the start of the new season, only 2 points ahead of Barcelona. They would be possibly overtaken if Barcelona won over Elche this weekend. Real Madrid kept unbeaten in the past 10 matches across all competitions, and they are coming from a 2-0 home win over RB Leipzig in the Champions League, where they have won both rounds this year. Also, they won all three of their away league matches this season, with 9 goals scored totally.

Real Madrid are in best forms, with winning all matches since this season, and they still have attack in high quality when away from home, I will support Real in this clash.