On Sunday in Serie A, Fiorentina will visit Hellas Verona in an effort to snap a five-game losing streak.

Fiorentina will also have to cope with a defense in full emergency as well as an assault (2/3 constituted of persons who had luggage in hand) in the wake of Istanbul Basaksehir's Conference humbling 3-0 loss. All of this with a Fiorentina team that hasn't won in eight games and just bounced back from consecutive defeats (2-1 comeback at Bologna on the last day of Serie A)! 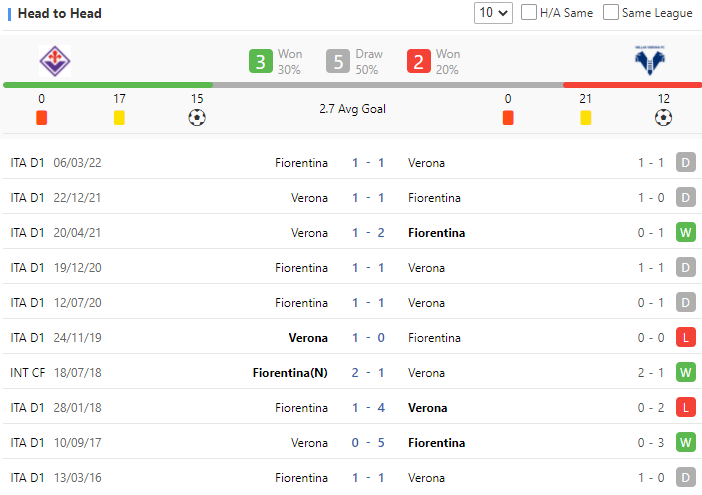 Verona donated a large number of ex-players to the Viola (Barak and Amrabat, not to mention Iachini, Toni, and Pioli), yet they tied the Tuscans 1-1 in four of their final five games. Cioffi's club had only one victory this year (a 2-1 victory against Sampdoria at home), but only one defeat on the road (2-0 with Lazio, after 1-1 against Empoli and Bologna).

After the sales of Barak, Caprari, and Simeone, this Hellas actually lack excitement, yet this will be Fiorentina's 11th game in 35 days.

David Garcia 533 Article
My name is Dave, a European soccer enthusiast, I believe all leagues have their own charms. This is the reason why I have been watching and studying those less popular leagues for 20 years.
See More Article