A Bavarian Derby between Augsburg and Bayern Munchen will be held at WWK Arena on Saturday.

Augsburg beat Werder Bremen with 1-0 in the last away League game, which has their second victory since the new season. Before that, they have suffered 3 losse in a row, with scoring 1 goal totally. What’s worse, Augsburg lost all of their home games this season, with goal/loss rate as 1/8, being in poor state. 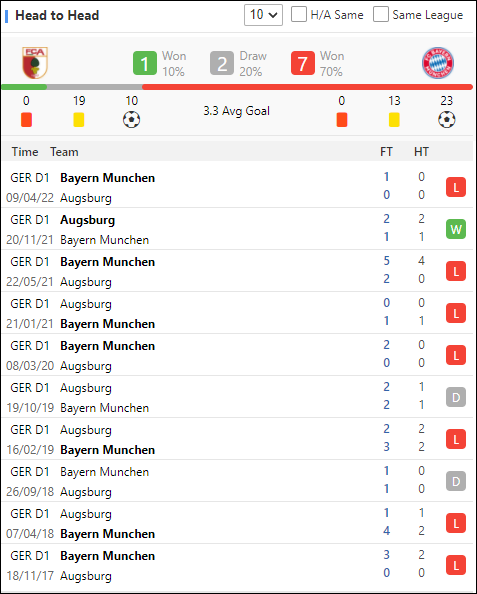 Bayern Munchen comes from a fantastic 2-0 win against Barcelona on their European war, and they hope their good form would be carried over to the domestic League, since their last three rounds were ended with draws only, including a 2-2 home draw against Stuttgart last outing.

Bayern Munchen hava still had fierce attack on the road, with scoring 14 goals in total in the last three home matches in this competition. I will be backing Bayern Munchen and over 1.5 goals in the first half.