Torino played well in Meazza, even though Inter ultimately prevailed 1-0. Juric's club, which has already recovered, has only lost away games to Atalanta (3-1) and Inter (1-0), although they did not perform well in their most recent home game (1-0 against Lecce, had a good chance of scoring). 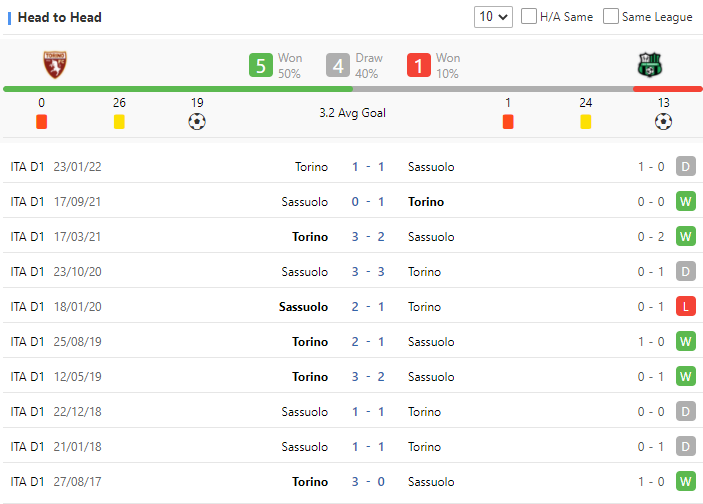 Sassuolo also defeated freshly promoted Lecce 1-0 at home, but after that came three straight draws and the tressoldi comeback defeat (1-3 at home to Udinese, who lost 1-0 in the 75th and it was 1-1 until 90 °)! In the most recent road game, the neroverdi held Milan and Cremonese to a score of 0-0 while remaining "0" in attack.

Toro ought to take advantage of it, not least because Dionisi's club has only triumphed once in their previous nine road contests (1-3-5).

Betty 488 Article
Betty loves the game of soccer since she was a child, this passion allowed her to embark on a career as a soccer analyst. She believes all leagues have their own charms. Accurate soccer predictions give me a great sense of accomplishment”, Betty said.
See More Article