San Jose Earthquakes and FC Dallas will play a MLS game at Avaya Stadium on Sunday.

They have the worst position in the League table. They are in a poor state, which have recently had a losing streak. As it is unlikely for them to qualify for playoff, there is a lack of ambitions in the team.

Instead, they are in form, getting a three-match unbeaten run after a 2-1 victory over Los Angeles FC. They are now sitting in the third place at the table of the League. However, they have only 26.7% winning percentage when they are the visitor. 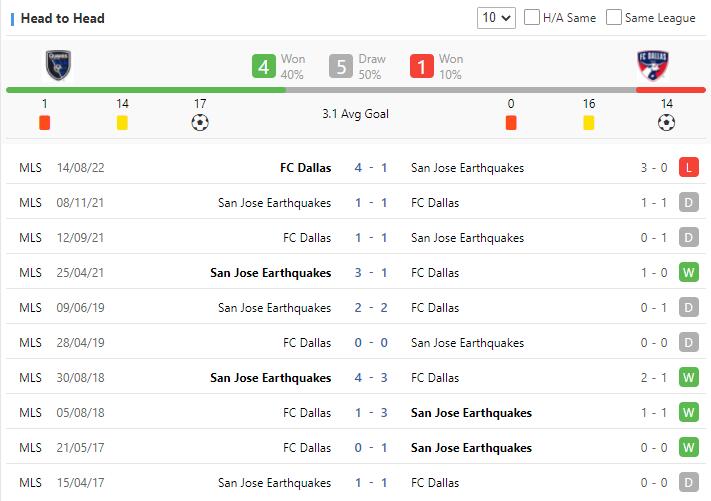 Dallas have not been defeated by San Jose in their past 3 h2h games, which makes them have the psychological advantage. Besides, San Jose are in poor shape while Dallas are on a run. So San Jose will possibly win in the coming game.