The seven-placed Sporting CP will travel to Boavista who are in fifth place on Saturday’s Primeira League.

Boavista FC have recorded 4 wins and 2 draws since the League, 2 points ahead of their rival, Sporting CP. Their home forms are not bad, since they have won 2 out of last 3 home League matches. 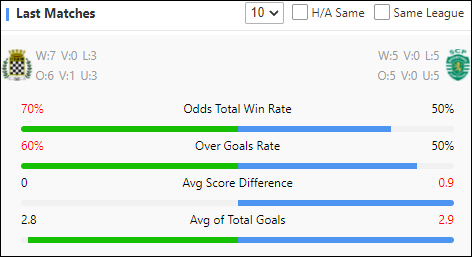 Sporting CP had a 2-0 home win over Tottenham in the Champions League on Tuesday, but they have lost twice on League, even though they won the other six rounds. Now they are 8 points behind the leader, Benfica. Since they turn of September, the team have scored 11 goals totally and keep clean sheet in these 4 games across all competitions.

Boavista have made a good start to the new season but they failed to win any of the past 10 meetings against Sporting CP and even lost 9. Sporting CP keep clean sheet in last 4 winning games, I will go for an away win here.