Werder Bremen will take a trip to BayArena to play against Bayer Leverkusen on Saturday.

They play terribly this season, getting 1W-1D-4L and ranking seventeenth at the table of the League. It will be a tough time for them because they have to fight for a place in European games and prevent relegating.

With a record of 2W-2D-2L, they have outperformed Leverkusen this year. They now hold the ninth spot in the League table. They put greater emphasis on offense and overlook defense, which can be seen from the only one goal difference. 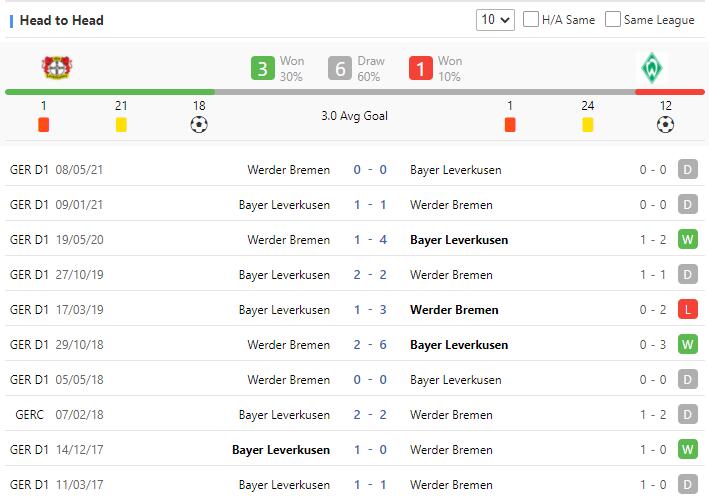 We believe that the forthcoming game will have more goals than three due to the fact that both of these teams have offensive strengths and that the average goal in their previous head-to-head matches has been up to three.