Stuttgart and Frankfurt will have a game at Mercedes-Benz Arena on Saturday.

They haven't won a game yet this season. Fortunately, they manage five draws, and as a result of their strong defense, they are currently ranked 14th in the League. They tied with Bayern 2-2 in the most recent game.

They broke their losing streak by defeating Marseille 0-1 in their most recent encounter. They play well offensively but terribly defensively, averaging 1.83 goals scored and 2.00 goals allowed per game this season. 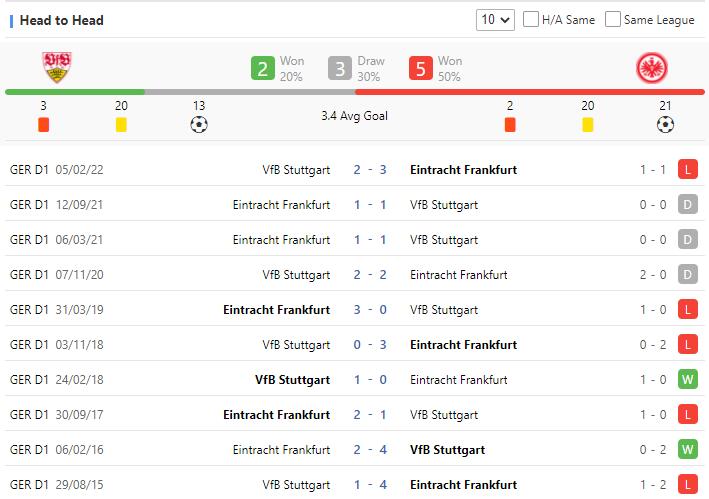 Stuttgart have not defeated Frankfurt since 2018, giving Frankfurt the psychological edge. As Frankfurt are regaining. They stand big chance to win in the upcoming game.