When Manchester City play Wolverhampton Wanderers on Saturday lunchtime at Molineux, the top spot in the Premier League standings is on the line.

Since defeating Southampton 1-0 to earn their first victory of the year, the Wolves have been idle. They still have a three-game unbeaten streak before the champions arrive, but their lack of offensive firepower has only allowed them to go up as high as 14th in the table with a league-low three goals; only West Ham United have been as cautious with their shots. 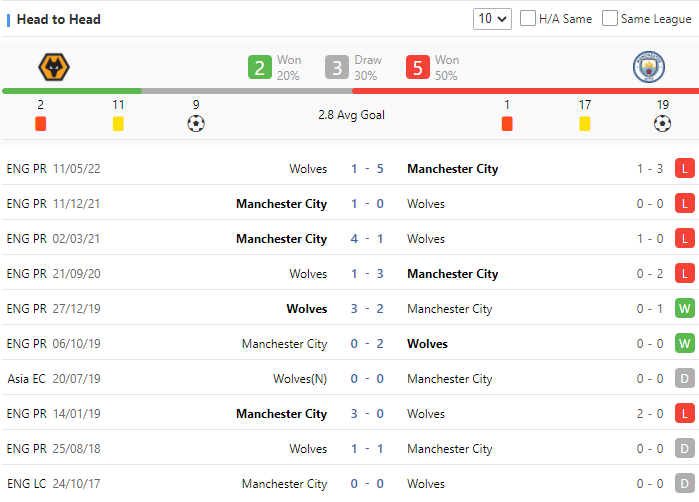 Midweek, the Citizens defeated Dortmund 2-1 in the Champions League. Four of City's most recent five games have ended in victory, extending their unbeaten streak across all competitions to eight games. It has been more than a year since they have suffered an away loss in the Premier League; they have recorded 15W-6D since losing to Tottenham Hotspur in August of last year.

The Wolves will undoubtedly close in defense and work to avoid a humiliating loss. As a result of their early point losses, the "citizens" intend to play carefully in the remaining games. We think that Guardiola's proteges will triumph with assurance.

Paul James 627 Article
Paul James is a soccer Expert, with his high accuracy predictions, he is often called as the Magic Man. He hopes to make the right picks for people with his knowledge. Believe it or not, it is always helpful to follow him.
See More Article