[Picks] A stand-alone Serie A game as we see Salernitana host Lecce with a game that not getting much attention on Friday night in European football, however, Angie has a hunch this game should be a lump of easy meat!

Salernitana remains unbeaten in the last five league game in a row, following their opening 0-1 home defeat to Roma in the opening season game, they had gone from strength to strength. Having drawn at home against Juventus 2-2 and an away draw at Napoli by 1-1, in the last 5 games the host had consistently scored a goal at least. They are looking like a good side to back for a win today.

Lecce however, has the opposite form of their relegation rival. The visitor had not won in the last five games, more draws than victories. Combining both mediocre teams together, they had a combined 7 games with a draw in the full-time result. It is a clear trend and I don't expect too many goals either tonight. Lecce last 5 games with 3 times ended up as a 1-1 Correct Score could be a cheap option on a low stake high odds choice. 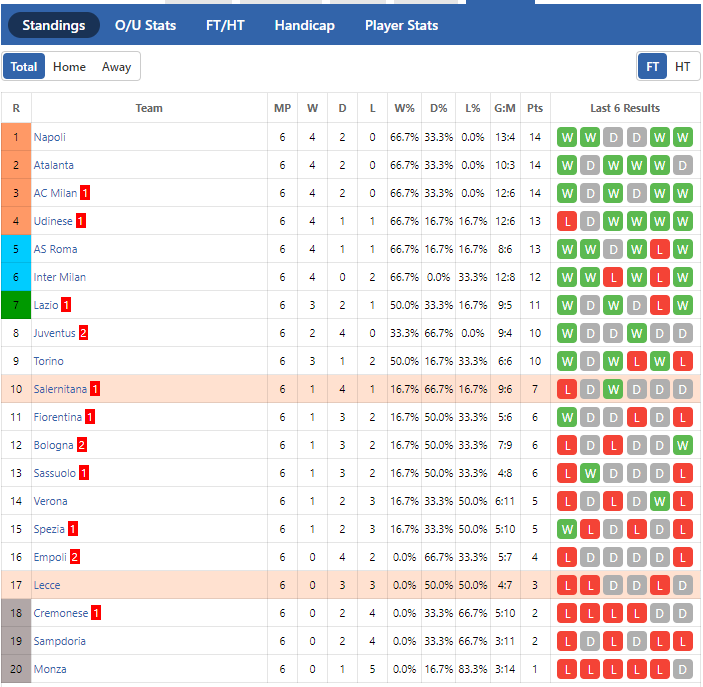