Paris Saint Germain (PSG)
Picking up 11 points from six matches, Paris Saint Germain (PSG) finish second in Group A behind Manchester City. PSG secured a 1-0 victory over Rennes in Ligue 1 on Friday, which has left them 16 points clear at the top of the table. It’s believed that PSG will put a lot of focus on their Champions League challenge as they have only reached the final in the 2019/20 season where they lost to Bayern Munich. 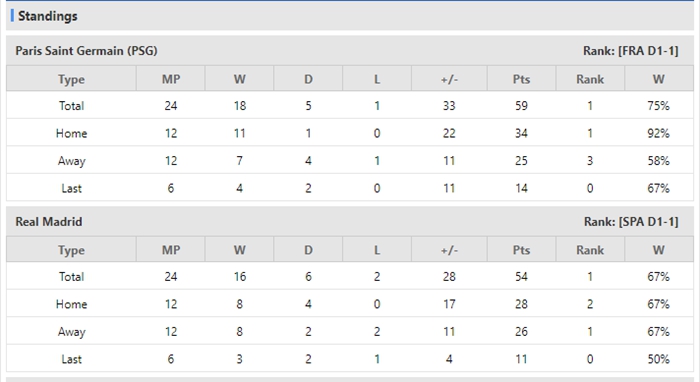 Real Madrid
Real Madrid claimed first position in Group D to progress to the round of 16. They reached the semi-finals of last seasons competition, losing 3-1 on aggregate to winners Chelsea. They have won just one of their last four games in all competitions, which was an unconvincing 1-0 success at home to Granada. Currently sitting top of La Liga, Real Madrid drew 0-0 in with Villarreal in their latest game.


Prediction
Real Madrid certainly have the ability to put one past this Paris Saint-Germain lineup. With the handicap, expect Real Madrid can edge out the Frenchman.

Football UEFA Champions League Real Madrid Paris Saint Germain (PSG)
(Disclaimer：Any views or opinions presented are solely those of the author and do not necessarily represent those of NowGoal. We disclaim any responsibility and accepts no liability for any direct or indirect loss or damage arising from any inaccuracies.)