The Washington Wizards and Milwaukee Bucks meet Tuesday in NBA action at the Fiserv Forum.


Milwaukee Bucks
The Milwaukee Bucks had a disappointing outing in their previous game after getting humiliated by the Phoenix Suns in a rematch of last year’s NBA Finals.  Milwaukee are 35-22 and second in the Central division, one game behind the first place Chicago Bulls following its 131-107 loss to the Phoenix Suns on Thursday. Khris Middleton and Jrue Holiday each scored 21 points, Giannis Antetokounmpo added 18 points with seven rebounds and eight assists while Bobby Portis chipped in with 11 points. The Milwaukee Bucks are averaging 113 points on 46 percent shooting and allowing 108.8 points on 44.4 percent shooting. 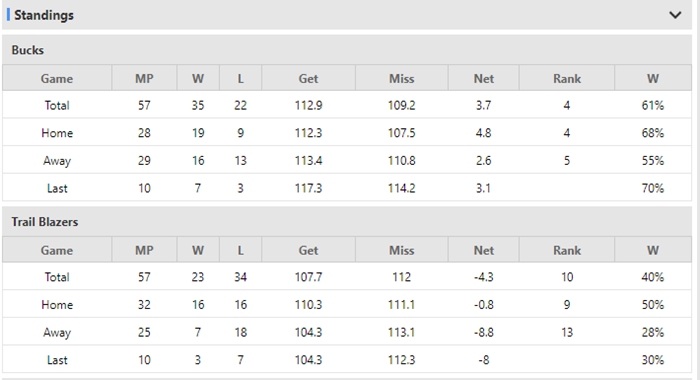 
Prediction
Milwaukee simply has too much depth and plays with better execution on both ends of the floor. So no matter if they keep Giannis Antetokounmpo from playing due to a left ankle injury or not, they will still be heavily favored to win against the Blazers.

David Garcia 602 Article
My name is Dave, a European soccer enthusiast, I believe all leagues have their own charms. This is the reason why I have been watching and studying those less popular leagues for 20 years.
See More Article