Aston Villa will play against Southampton at Villa Park on Friday night.

They perform terribly this year and have only one victory. They currently hold the seventeenth spot in the League rankings and are heavily threatened with relegation. They are bad both offensively and defensively, scoring 0.83 goals and giving up 1.67 goals per game on average this season.

With two victories so far this season and a league standing of twelve, they are marginally superior to Villa. In the most recent game, they lost to Wolves 1-0. Duje Caleta-Car, Romeo Lavia and Valentino Livramento will be absent due to injuries. 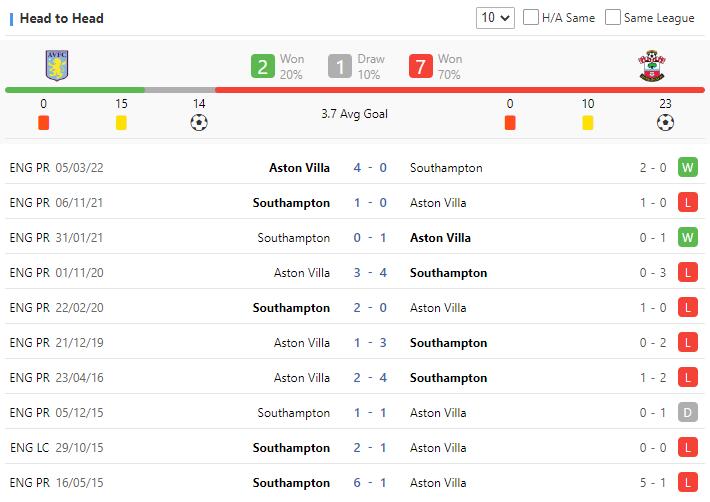 Villa take the lower hand over The Saint in the past head to head games with 2W-1D-7L. But Villa have the home advantage. We predict that it is going to be a tight tie and narrow away win in the upcoming game.