Roma and the Finnish champions HJK Helsinki face battle at Stadio Olimpico on Thursday in an effort to get their Europa League group stage campaigns.

Roma made a mistake in the UEFA Europa League debut, losing 2-1 against Ludogorets away just a few days ago. In this season of Serie A, Roma has a spotless record at home with two victories in two games. They have defeated Monza and Cremonese by scoring four goals without being responded. 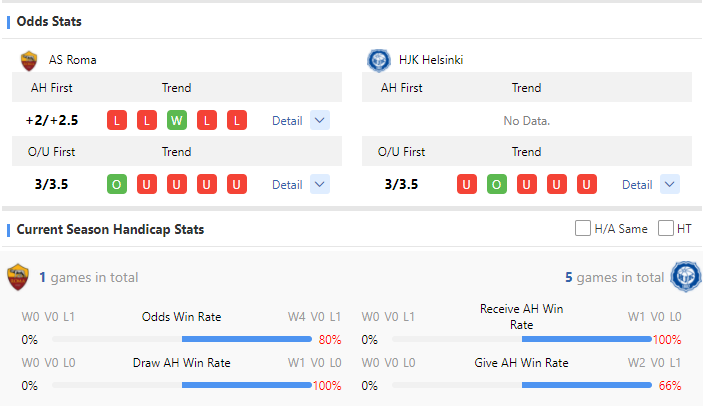 Last week against Real Betis. Helsinki failed to record more than four shots in total, just one of which found its intended goal. Although their season didn't get off to the ideal start last week, they have been improving their standing in the Veikkausliiga, and four straight league victories, including one against Honka on Sunday.

The forthcoming meeting's favorite is regarded as Roma. They have recently begun to deteriorate, though. HJK need to be defeated anyway, though. At the same moment, when Roma open the account, the game will become unplayable. As a result, picking a grassroots total is worthwhile.