Pick Under 2.5 Goals
West Brom is 80% inform to win while Birmingham is 40% to win, but this match will end Under2.5 goals. Supporters of West Brom are raising many questions this season, 75% of their matches have ended in stalemate this season. They will host Birmingham for a mid-week fixture at The Hawthorns.

The host have only won a single game this campaign, also they are winless in their last three league outings. It is worth noting that they are the only team in the bottom fifteen who have a positive goal difference.

In their last league outing, Brandon Thomas saved Baggies from suffering another narrow defeat, he managed to score the equaliser against Burnley in the 98th minute of extra time. 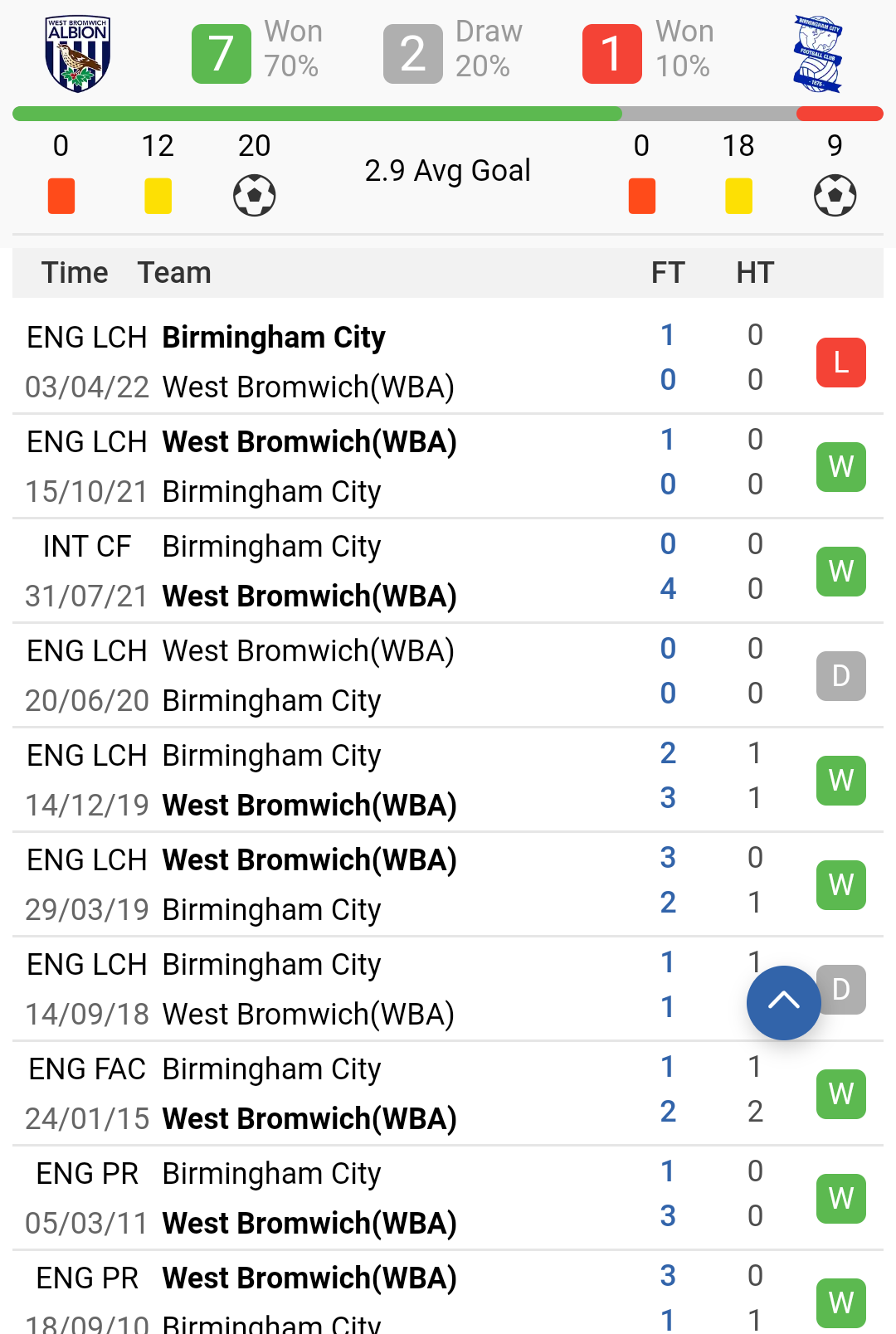 This season they have scored the same number of goals as Championship giants Norwich City in the league, which places them in the sixteenth position in the league table.