Manchester City will be excited to host Borussia Dortmund on Wednesday at the Etihad Stadium.

On the opening day of play, Pep Guardiola's team defeated Sevilla by a score of 4-0. Guardiola will also be in control of a Champions League match for the 150th time this week as City have successfully navigated their first seven games of the season undefeated in all competitions and have scored at least three goals in each of their four home games, totaling 17 goals. 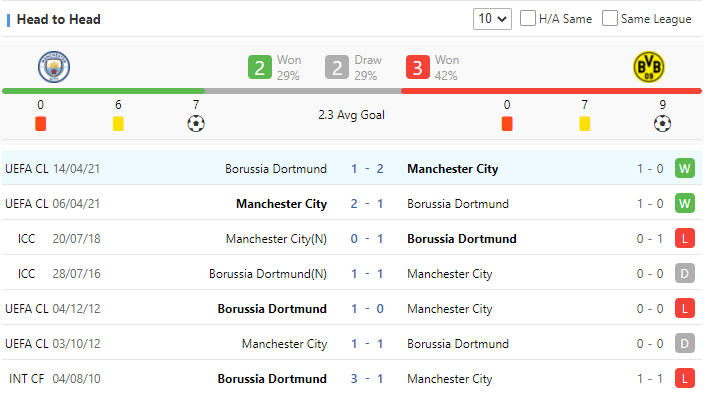 Borussia Dortmund defeated Copenhagen 3-0 at home with ease. BVB are also in good form. They occasionally lose points, though, and their most recent road trip in particular resulted in a defeat. Dortmund have dropped two of their last five games overall, and they also dropped their most recent away game.

Under Pep Guardiola, the Norwegian attacker is really getting into a rhythm. Expect a victory for Manchester City on Wednesday despite the fact that there are concerns over whether the lanky shooter will be able to recapture his Bundesliga form. They are on a lengthy undefeated streak and are especially terrifyingly dominating in front of their home fans.