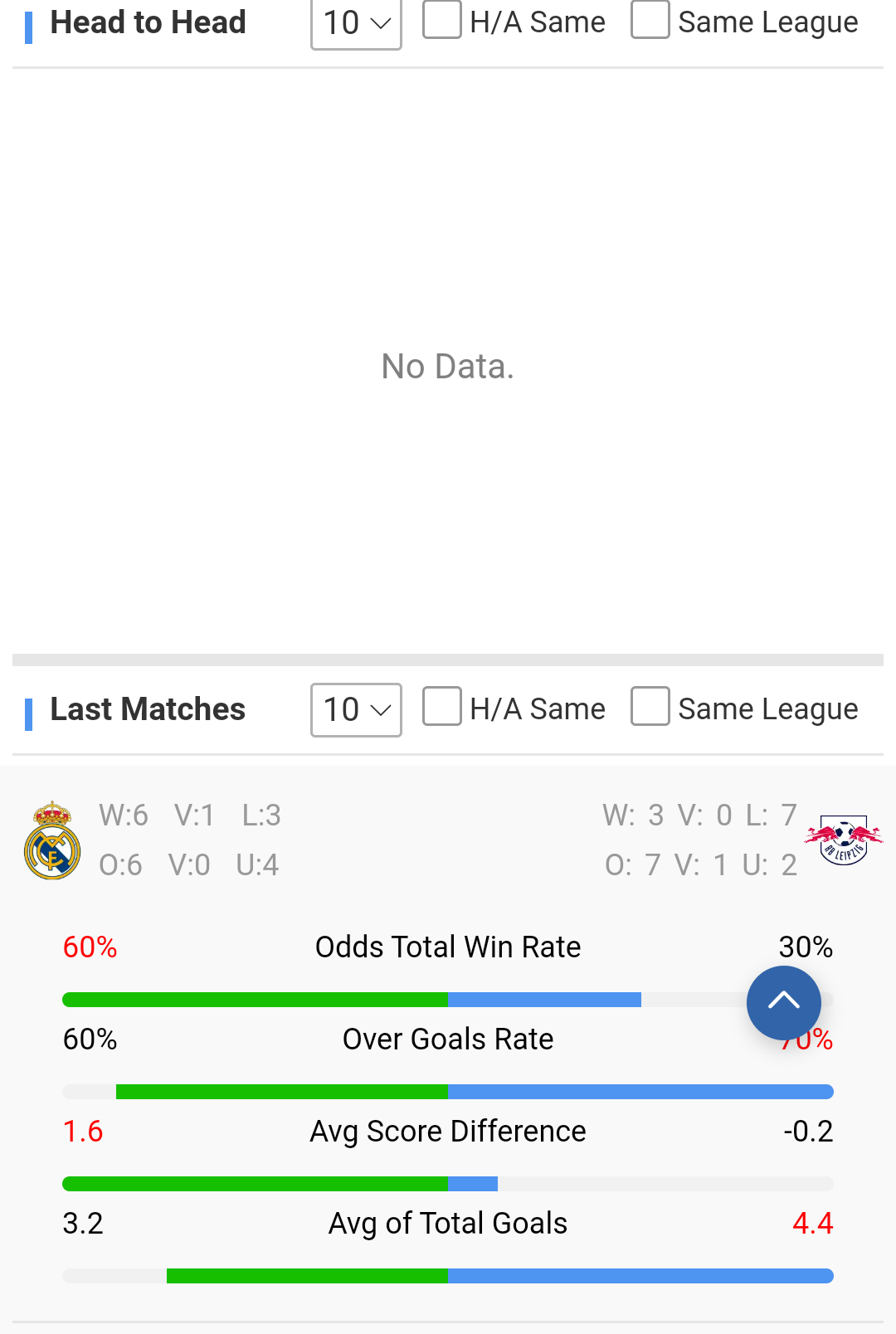 Real Madrid will be looking for a repeat result of the 4-1 La Liga triumph versus Mallorca.

Real Madrid haven’t had any problems with scoring, finding the back of the net every time they’ve gone out to play in their last 6 games.

They’ve totted up the amount of 18 during that time and have conceded a total of 5. Let’s see whether or not that trend can be continued on into this next match.

RB Leipzig head into the encounter after a 3-0 Bundesliga 1 win to beat Borussia Dortmund in their previous match.

In a total of 5 of the previous 6 games involving RB Leipzig, three or more goals have been struck. The average goals scored per match within that spell is 4.17, with the number of goals averaged by RB Leipzig working out to 2.5.