[Picks] Champions League game as Rangers knowing they need to take home advantage to claim all 3 points tonight to stand some chances to qualify into the knockout round, their next game will be away to Liverpool which is going to be very tough for them to come back to Glasgow with something.

Glasgow lost to Ajax last round as it was a predictable outcome, at home they should, in theory, Rangers will score against Napoli who is not that good in defense.

Napoli used their solid home record in Naples last week and beat Liverpool by 4 - 1 , it was 3 - 0 up in the first half which they should have scored a lot more than just 4 home goals. Traveling away from Italy is Napoli's weakness. 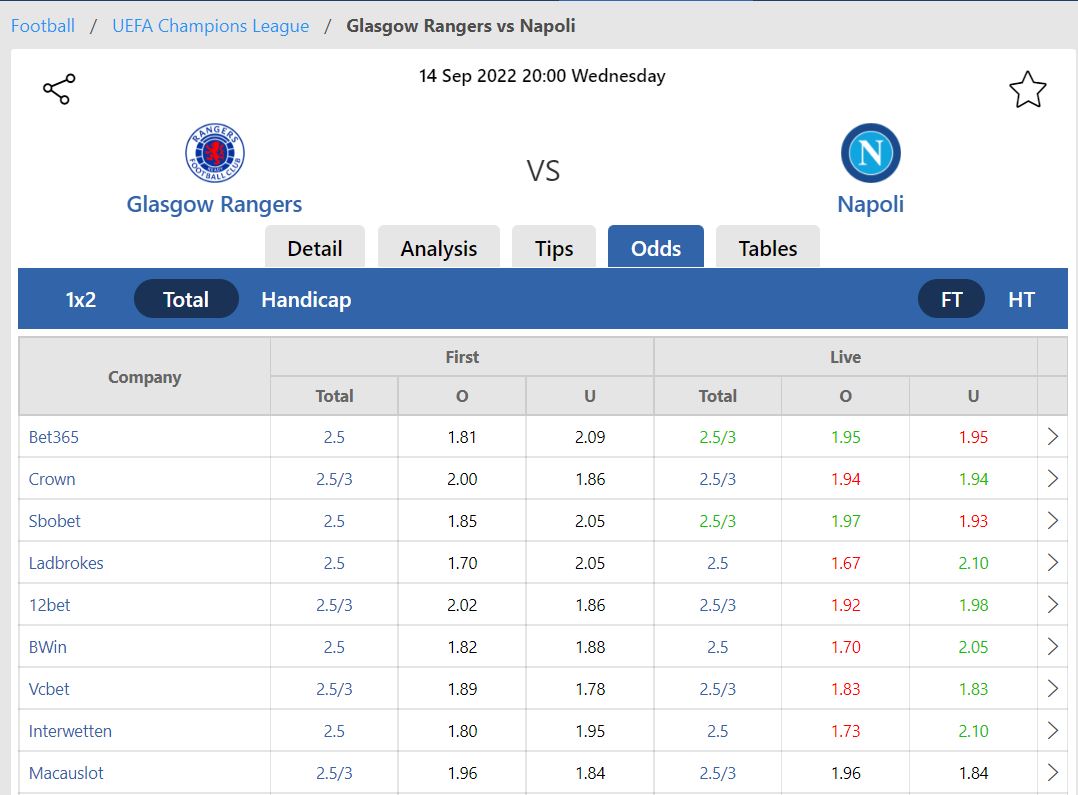 In this game we should take over 2.75 goals, standard goalline opened at 2.5 goals with most bookies upgrading the Asian Goal Line to 2.75.