Preston North End will fight against Burnley at Deepdale Stadium on Tuesday.

This season, they have a record of 2W-5D-1L and are tenth in the League standings. They are unimpressive at home, as they have yet to pick up a victory this season They most recently fell to Birmingham City, losing 1-0.

With 3W-4D-1L, they perform marginally better than Preston. They are currently occupying the fifth spot on the League table. They have been unbeaten for six matches after a 1-1 draw with WBA in the last game. 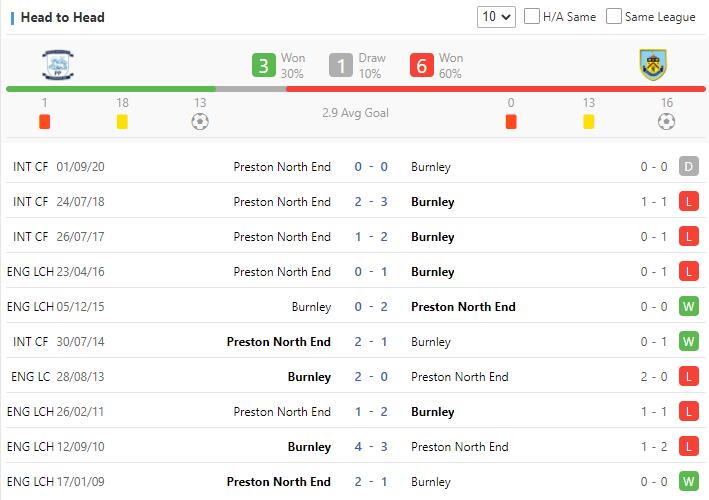 Preston got 1W-2L from Burnley in the past h2h games, which take the lower hand. Additionally, Preston do not play well as the host. It is believed that Burnley are going to win in the upcoming game.