Italian Serie A - Empoli vs AS Roma Prediction

Italian Serie A - Empoli vs AS Roma Prediction

The sixth round of the Italian Serie A will conclude with the match between Empoli and Roma.

They have gone four games without a loss but they have not got victory this season yet. Now they rank sixteenth at the table of the League. Their goal at present is to get their first win of this season.

They have lost their last two games, which puts them in a bad situation. Even though Jose Mourinho tried a fresh structure, they still have physical issues as a result of their hectic schedule. They won't put more attention into the forthcoming match since they need to prepare for the Europa games four days later. 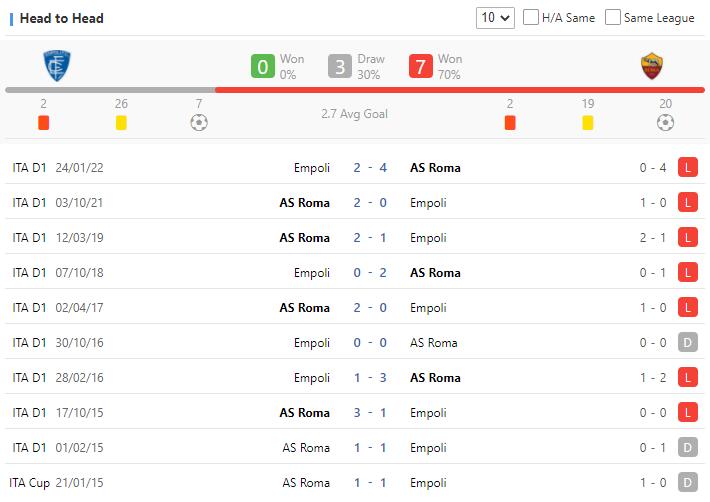 Jose Mourinho's key players are wore out as they have not been rotated for four matches. Instead, Empoli have rested for a week and they don’t have to take a journey. So Empoli are more likely to win in the coming game.

Lnn 433 Article
Hi. I am Lnn. My passion for football started when I watched a football game by chance. That made me a fan of The Red Devil. I am happy to write the things what I am interested in.
See More Article