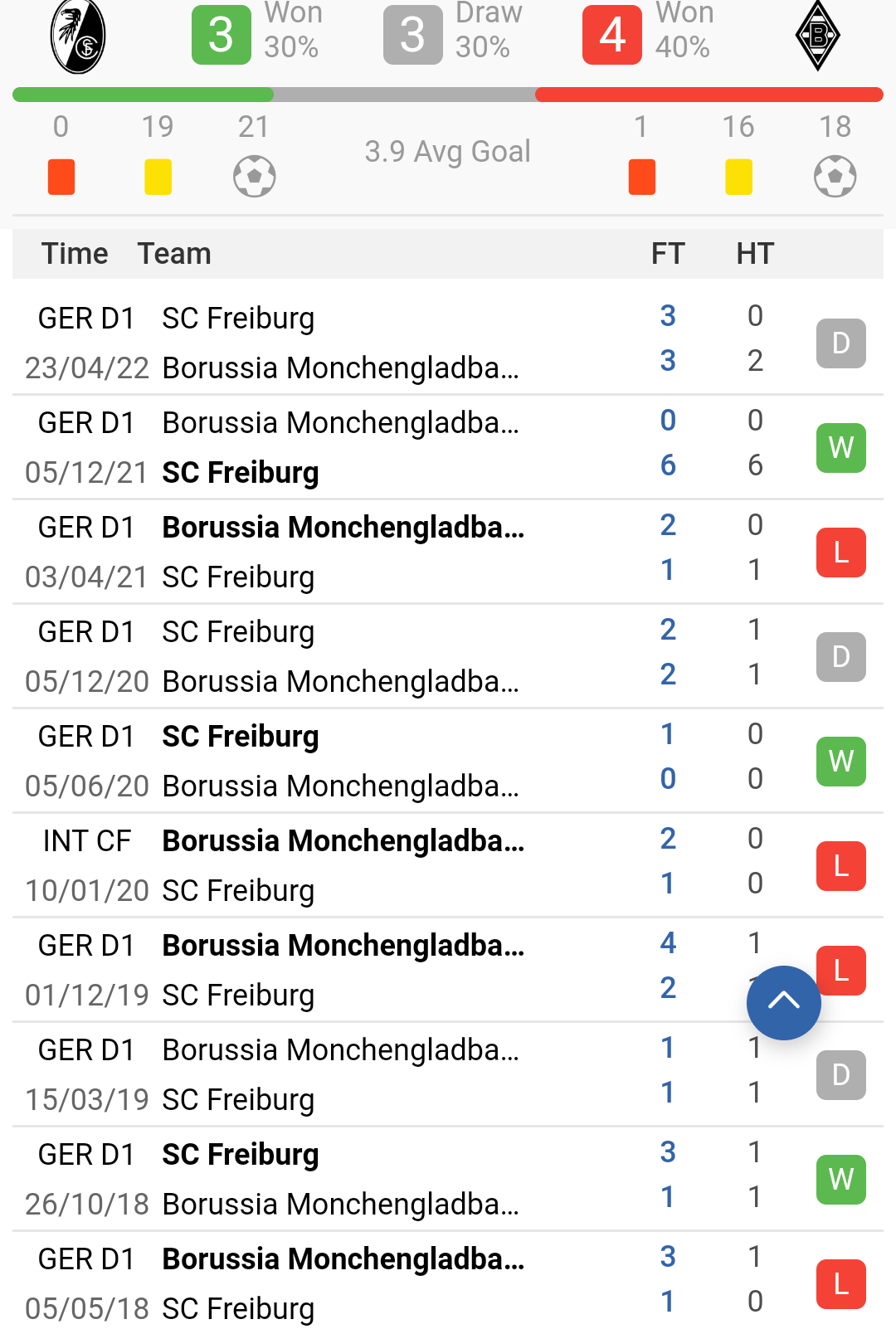 The best teams in the German top flight the previous season and this time around they have so far been the best. Meanwhile Monchengladbach settled for mid-table finish the last time around and even now they are in possession of such a position in the standings.

It’s been quite some time since they been able to deliver excellent performances, they are also letting in goals in huge numbers to increase the pressure on themselves.

Going on they are also on a poor run on the road. In fact, they are yet to register their first win of the season away from home.

Meanwhile Freiburg are at the top of the table and they maintained a 100% winning record so far, disregarding their fixture against Borussia Dortmund.

They are scoring goals in huge numbers and particularly so in front of their home crowd. Th/%+ey built a huge momentum because of these performances and hope to ride on top of it this weekend as well.

They also managed a great head-to-head record against this rival over the years at this stadium. And judging all these observations, it is expected that we are about to witness a victory for the hosts Freiburg.