AC Milan will be looking to maintain their unbeaten streak at the start of the 2022/23 season on Saturday evening when they travel to Genova to take on Sampdoria in the sixth round of the competition.

Rafael Leao has been their standout performer with three goals in five appearances. Two of these three goals came in the last weekend’s city Derby della Madonnina against fierce enemies Inter Milan.

AC Milan dispatched their bitter local rivals 3-2 on the occasion as Olivier Giroud also got his name on the scoresheet at Stadio Giuseppe Meazza.

I Rossoneri were also in action in mid-week, opening their UEFA Champions League campaign with a 1-1 stalemate away at Austrian champions RB Salzburg.

We fancy AC Milan to continue their pursuit for the very top of the standings with an easy three-pointer here against Sampdoria who are yet to celebrate a victory in this term of Serie A.

Le Samp are third from bottom with only two points from five rounds. No other team have scored fewer than their two goals so far in the season. 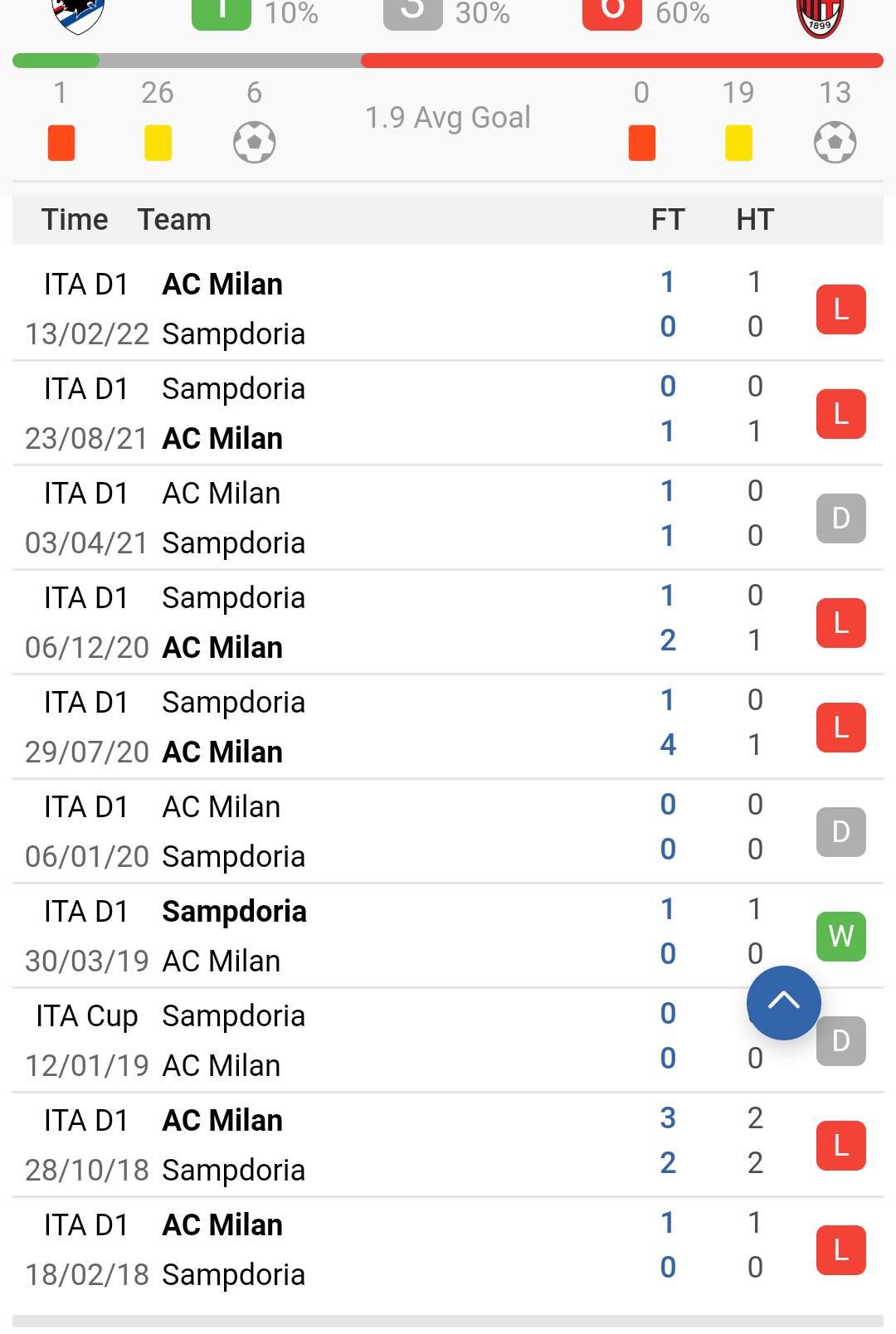