When Inter Milan host Torino in the sixth round of Serie A this Saturday, they will finally have a relatively simpler matchup (on paper).

After losing to Bayern Munich 0-2 in their previous Champions League match, Inter Milan will be looking to rebound here. In five of the past six games in which Inter Milan played, at least three goals per game were scored. In their past eight league home games, Inter Milan are undefeated. 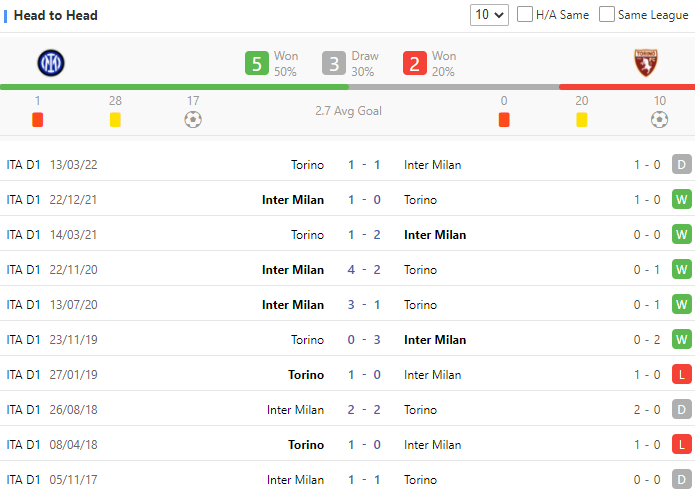 Torino defeated Lecce by a score of 1-0 to earn a victory last time our. They have scored an average of 1.5 goals per game over their last six games, scoring nine goals off of their attacks.

Even with the 3-1 loss against Atalanta, Torino have scored at least one goal in each of their first five league games. Inter Milan's 3-2 defeat against AC Milan over the weekend exposed their defensive frailty.