On Saturday afternoon at Stadio Diego Armando Maradona, Napoli will play host to Spezia in the opening match of Matchday No. 6 of the Italian Serie A.

Napoli rank second second with 3W-2D through the first five games. No other team in the league has scored more goals than their 12 goals. They were able to rebound from a disappointing 1-1 draw with Lecce by defeating Lazio 1-2 and making a 4-1 success over Liverpool in the Champions League. Khvicha Kvaratskhelia, a recent signing, has excelled thus far this season for scoring four goals. 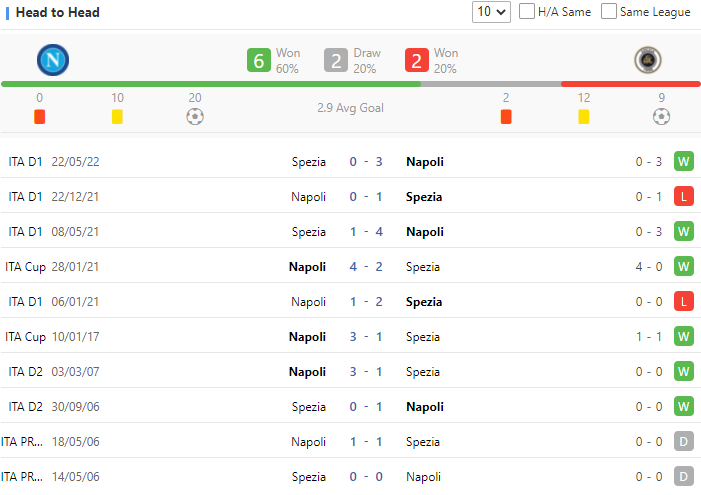 Although Spezia started the season with a 1-0 victory over Empoli at home, they have only been able to accumulate two points subsequently. In each of their previous four games, including the 2-2 draw against Bologna on Sunday, they have allowed at least two goals.

Everything points to the hosts enjoying a comfortable afternoon on Saturday after Napoli easily defeated Spezia 0-3 in their most recent head-to-head matchup in late May of this year.