The Bundesliga 2 clash at Max-Morlock-Stadion on Friday sees home side Nuremberg facing opposition in the form of Arminia Bielefeld.

Nuremberg will be hoping to return to winning ways here following the 4-2 Bundesliga 2 defeat in their last game at the hands of Eintracht Braunschweig. Over their preceding six games, Robert Klauß's Nuremberg have managed to score a total of 6 times giving them an average number of goals per match equal to 1.

Bielefeld have 5 points from their last 3 matches, but they are still low in the standings after a poor start to the season, and this game will be all about it. They have not scored in 4 away games this season. 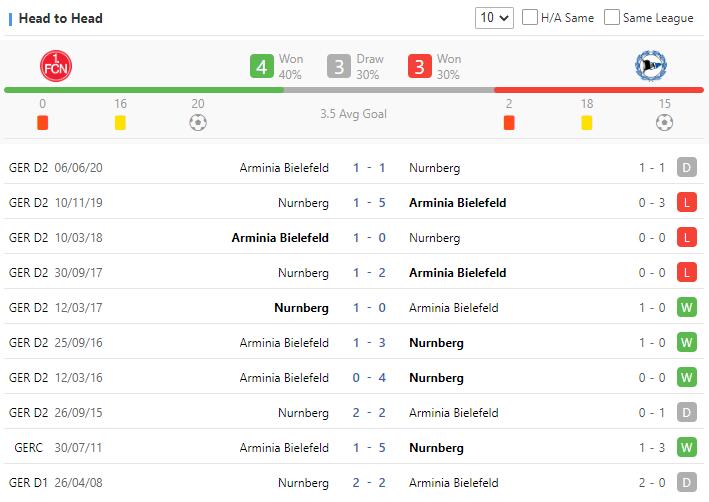 Both teams have been in terrible form recently. The 1x2 first odds is 2.05-3.50-3.30, seems lacked of confidence to the home team. Bielefeld should take points in this game.