Brighton Hove Albion and Leicester City will have a game at American Express Community Stadium on Sunday.

They went four games without a loss before their most recent loss, a 2-1 defeat to Fulham. At the League's table, they are occupying the fourth spot. Fortunately, they do well at home, where they have never lost.

This season, they have played poorly, scoring just one point in the first five rounds. They currently have the worst position in the League table. Brendan Rodgers is in trouble as a result of the departures of Wesley Fofana and Hamza Choudhury. 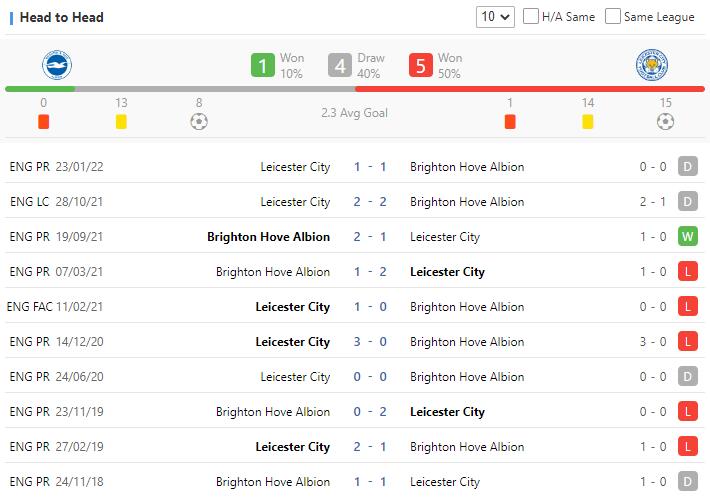 The seagull are in form while the Fox are in a poor state. Additionally, the seagull have the home advantage. It is believed that Brighton Hove Albion will return to their winning way through the upcoming fixture.