Paris Saint-Germain, the reigning Ligue 1 champions, will try to retain their unblemished start to the season when they play Nantes on Saturday.

The hosts' early season has been dominated by draws, with three of their first five games, including a midweek match against Strasbourg. They came into Wednesday's game with confidence following a 3-1 win over Toulouse last weekend. They will be buoyed because they are unbeaten in their first two home games. 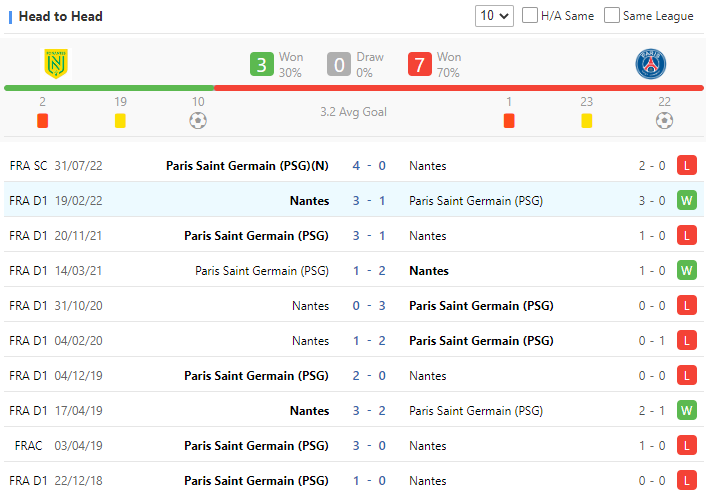 PSG have had little issue winning games this season for winning four of their five games. They won their first three games by a total score of 17-3 until Neymar struck from the penalty spot to salvage a draw against Monaco last weekend. After surrendering points for the first time this season, PSG bounced back with a 3-0 triumph against Toulouse in midweek.

Although we expect Saturday's game to be closer than the Super Cup match, I believe PSG have the quality to easily defeat Nantes, who have lost only one of their first five league games.