On Saturday, Union Berlin will face Bayern Munich in a top-of-the-table Bundesliga showdown.

Union Berlin made a 6-1 big away success over Schalke 04 last time out. Both teams enter the weekend's matchup with 10 points after four games, with the reigning champions leading on goal difference. They failed to finish in the top four past season, forcing them to settle for a place in the Europa League. 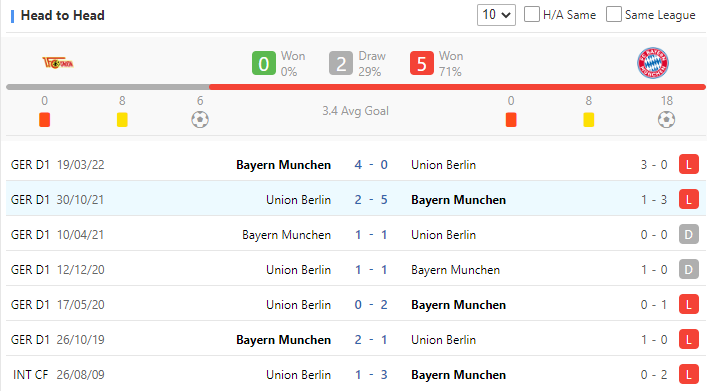 Bayern dropped points for the first time last weekend, drawing 1-1 at home against Borussia Monchengladbach. Normal business was restored in midweek, when they defeated Viktoria Koln 5-0 in the first round of the DFB Pokal. Bayern Munich have only been defeated six times in the previous 10 months.

Union Berlin have drawn two 1-1 draws against Bayern in six encounters since achieving promotion, and we should expect a repetition on Saturday. The hosts have the pace and finishing ability to cause serious damage to the Bavarians' strong defensive line, but the visitors have more than enough talent going the other way to stay undefeated.