Manchester City will look to return to the top of the Premier League standings when they go to Aston Villa on Saturday evening.

Aston Villa lost 2-1 against early leaders Arsenal. They have now lost three consecutive Premier League games, all to London clubs, and have only three points from a potential 15. Villa's defensive flaws might be exposed by City's in-form marksman Haaland. 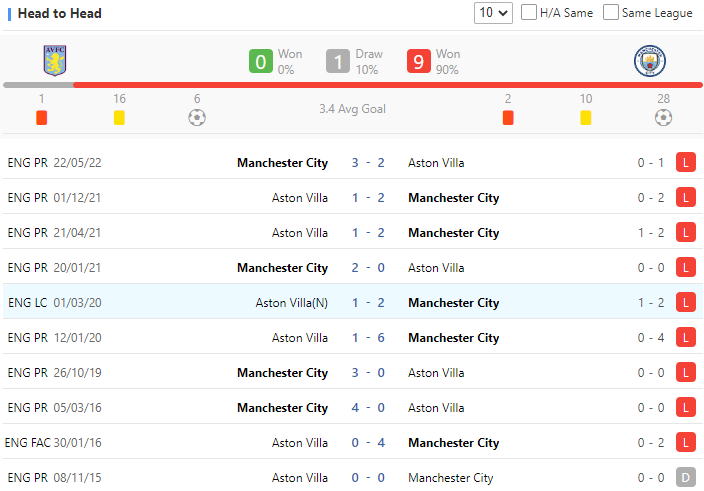 Manchester City defeated Nottingham Forest 6-1 in midweek. Haaland made a second consecutive hat-trick in amazement. The 22-year-old had three goals at the 38-minute mark, breaking the previous record of nine goals in a player's first five Premier League outings. The Citizens have continued their theme of scoring at least twice in a Premier League match to amass a league-leading 19 so far this season.

Aston Villa have lost three of their previous five games overall. Pep Guardiola's players have gone undefeated in 25 of their last eight total games. Furthermore, they have a superior h2h record against this competitor throughout the years, and with all of this in mind, anticipate Manchester City to win this weekend.