Tottenham Hotspur will look to go back to winning ways in the Premier League when Fulham visits the city for the London derby on Saturday.

West Ham United held Antonio Conte's team to a 1-1 draw in midweek. Hotspur’s 11 points presently rank them third in the table, behind champions Manchester City and North London rivals Arsenal. The team may be encouraged by the fact that they have already gone 11 games undefeated in the Premier League, as well as winning each of their past five top-flight matches at home. 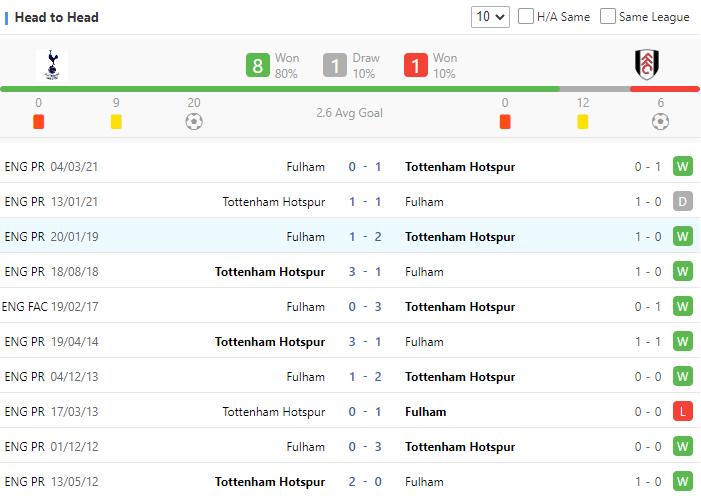 Fulham made a 2-1 success over Brighton last time out. They are now contending in the high echelons of the standings, sitting in seventh position with a good eight points from the initial 15 points on offer. On a more negative note, Fulham are yet to win an away game in any tournament this season.

Spurs have won both of their home matches this season, and they will be heavy favorites to make it three in a row in their own backyard. Backing goals at both ends appears to be the greatest betting choice for a game starring Harry Kane and Aleksandar Mitrovic. The Spurs have far more depth and skill in their ranks.