On Saturday, Everton will host Liverpool in the first Merseyside derby of the 2022-23 season at Goodison Park.

Everton are still winless in five Premier League games this season. They have recently shown to be difficult to break down - drawing three consecutive 1-1 with against Nottingham Forest, Brentford, and Leeds after losing the first two league games against Chelsea and Aston Villa. 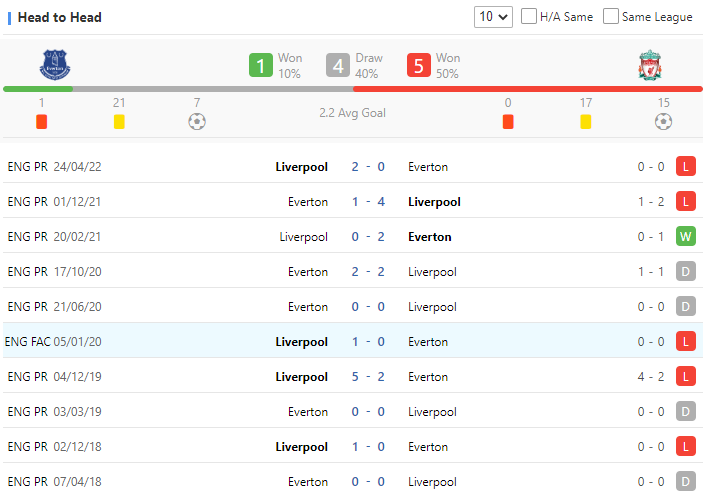 Liverpool earned a last-gasp victory over Newcastle United on Wednesday night, giving them back-to-back wins. Liverpool cannot afford a slip-up against one of the league's weaker teams while trailing leaders Arsenal by seven points and champions Manchester City by five points.

Liverpool scored six goals against Everton in two comfortable victories last season. They have been the dominant force in the Merseyside rivalry in recent years, and they are huge favorites in this fixture. The Reds will be fired up to win, and I anticipate them to cruise over their ailing city rivals on Saturday.