When Lens welcomes Lorient to Stade Bollaert-Delelis on Wednesday, two unbeaten Ligue 1 clubs will square off.

The next triumph came over the weekend when Lens made a 2-1 victory over Rennes. Lens have now gone 12 games without a loss in Ligue 1, including last season, so they will be feeling confident going into the midweek match. They presently tied for third place with league leaders PSG and second-placed Marseille in terms of points. 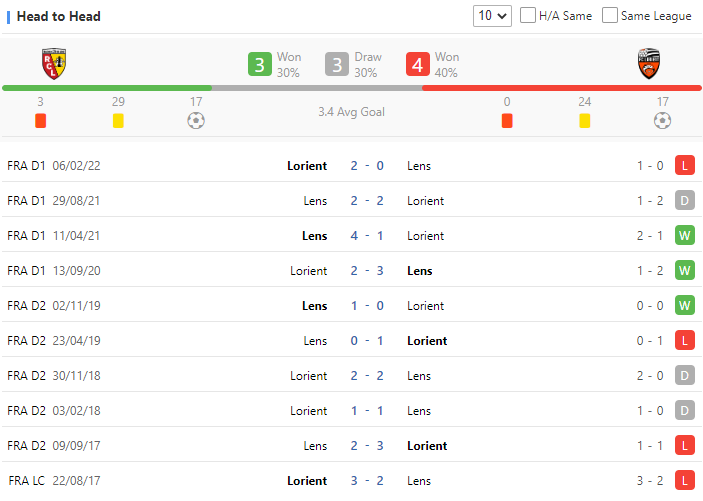 After being undefeated in their previous five league games, Lorient hope to extend their own winning streak. Their first home game of the season was against Clermont on Sunday, and a late Ibrahima Kone penalty shot helped them draw 2-2 with Toulouse. Lorient have had a strong start to the season, but they had only won one of their previous six away league games.

Despite the fact that neither team has lost this season, I believe that Lens will defeat the visitors on Wednesday because to the fact that they have won both of their home games. Lorient had lost all four of their previous away games. Further, they have conceded a total of seven goals in their previous three away games against Lens. With all of these insights in mind, Lens are likely to provide a strong performance.